Planning Ahead - A Story

Tom clasped Nora’s frail hand as tears filled his eyes. Who would have guessed that in a matter of months the vibrant woman he had been married to for over forty-five years would be laying in a hospital bed assisted by machines in order to live?

He thought about the calls he had made that morning to their children letting them know that they should come soon if they wanted to see their mother while she was still alive. A tear slipped from his eye and trailed down his face. How could he face life without her? How could he place her in a casket and say good-bye to her?

He thought it was ironic that only a year earlier Nora had been the one to insist that they pre-pay for their funerals. She had always worried because statistics show that men die sooner than their wives and she didn’t want the burden of trying to make decisions while she was overcome with grief. She wanted Tom to make his own decisions about his funeral and she would make her own.

She also worried about the costs of the funeral, especially if either one of them had an extended illness. It would be one less thing they would have to worry about, she had insisted.

The funeral director had met with them in a large, comfortable office and spoke with them about all of the different options that were available. Tom had been amazed at how funerals had changed since they had buried his parents over twenty years ago. The funeral director answered all of their questions and asked one that Tom had never considered, “How do you want to be remembered?”

The funeral director spoke about the importance of a funeral for the survivors. Tom now realized that truer words had never been spoken. Nora was known by so many and her funeral would be a time to honor her and remember how much she was loved. Tom was so grateful that he knew what she wanted during the celebration of her life.

One year ago, with a feeling of peace and comfort, Tom and Nora were able to make decisions about their funerals, knowing that their spouse would be saved the anguish of making those decisions at the time of their deaths. And now, Tom knew he would be forever grateful for his wife’s wise decision. 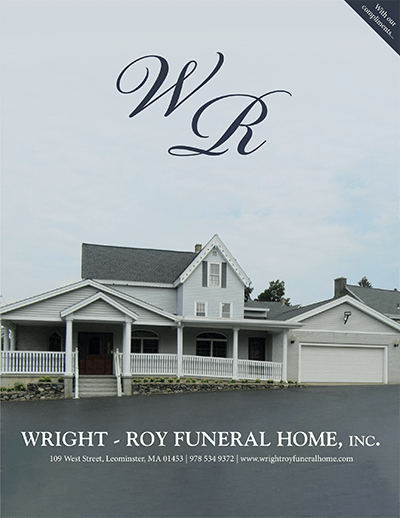